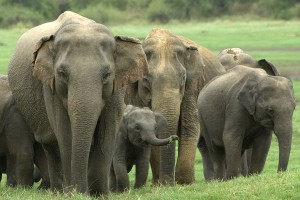 SriLanka’s largest national park, Yala will be closed to the public between  Sept. 1 and 30. The annual closure was taking place this year after a lapse of two years, according to Wildlife Conservation Department officials.”This time we had to take the decision to close the Park due to impending drought and the need to attend to renovation and reconstruction work of tanks inside, above all, we have to think about the welfare of the animals,” a spokesman added.

Yala and Horton Plains National Park brings the highest revenue to the Department, however, Yala due to its vast extent attention had to be paid to numerous maintenance work, officials said.The department also says that with large number foreigners arriving in the country especially to visit national parks, facilities needed to be upgraded.Yala is renowned for sighting the big four, the leopard, the elephant, the bear and the crocodile.

Officials also said that usually e-booking for the following month was done on the first Monday of the month before. Thus, there was no point in going for reservations next Monday.Last year, the Yala National Park earned revenue of Rs. 30 million and the Park also recorded the highest revenue of Rs. 2.5 million on a single day earlier this year.

By Ifham Nizam – The Island