“JOURNEY OF 10YRS WITH TIMELESS SUCCESS”

Country Feeling Holidays (Pvt) Ltd, a specialised inbound tour operator handling French tourists to Sri Lanka, celebrated the start of their 10th Anniversary Year on 07th of Jul’18. It was held at their office premises in Rawathawatte with staff & families.  This wonderful evening commenced with “Seth Pirith Chanting” lead by chief incumbent of Lunawa Bodhirukkarama Temple Ven. Akalakada Sirisumana Thero extending all blessings of The Triple Gem. The celebrations were meaningfully planned initiating CSR projects on this day. A pack of dry rations worth LKR 5000 were distributed among 15 selected families from the area. In addition to this, few scholarships were presented to a group of university students supporting their education.

The 10th Anniversary Year was declared around 06.30pm by lighting the traditional oil lamp followed by the Anniversary Cake cutting ceremony and a visionary anniversary speech by the Managing Director & CEO Mr. Dilshan de Silva. He at the same time extended his sincere appreciation to everyone who have supported during this successful journey. All staff including the Directors, Senior Tour & Chauffeur Guides, and service providers from the Transport sector were present with families to share the blissful spirit of the triumphant decade of success.

“ Today, we celebrate 10 years of outstanding accomplishments from start-up to scale up. Of course, more celebrations will be there to justify the remarkable challenges faced and still ahead of us. Journey began with couple of clients at the very beginning. A vision different from others, utmost dedication & commitment assuring the higher standards, passion & true motivation of various individuals including a brilliant board of directors powered us to dominate the French Market in this industry and to stand where we are today as a leading inbound tour operator. It’s an amazing journey to see us celebrating 10 years of success, we have achieved this special momentum meaningfully & responsibly contributing largely to the industry through innovation & various initiatives on skill training & development. Many thanks to the incredible team that’s been so supportive & genuinely contributing from the start. I am so proud to be part of such an organisation with always a different approach moreover, looking forward to the next decade consistently being the best & dominant in the market……” added Managing Director & CEO of the company in his Anniversary message.

The genuine culture & vision of Country Feeling Holidays will last for more decades ahead dominantly in their market contributing vastly to the industry. 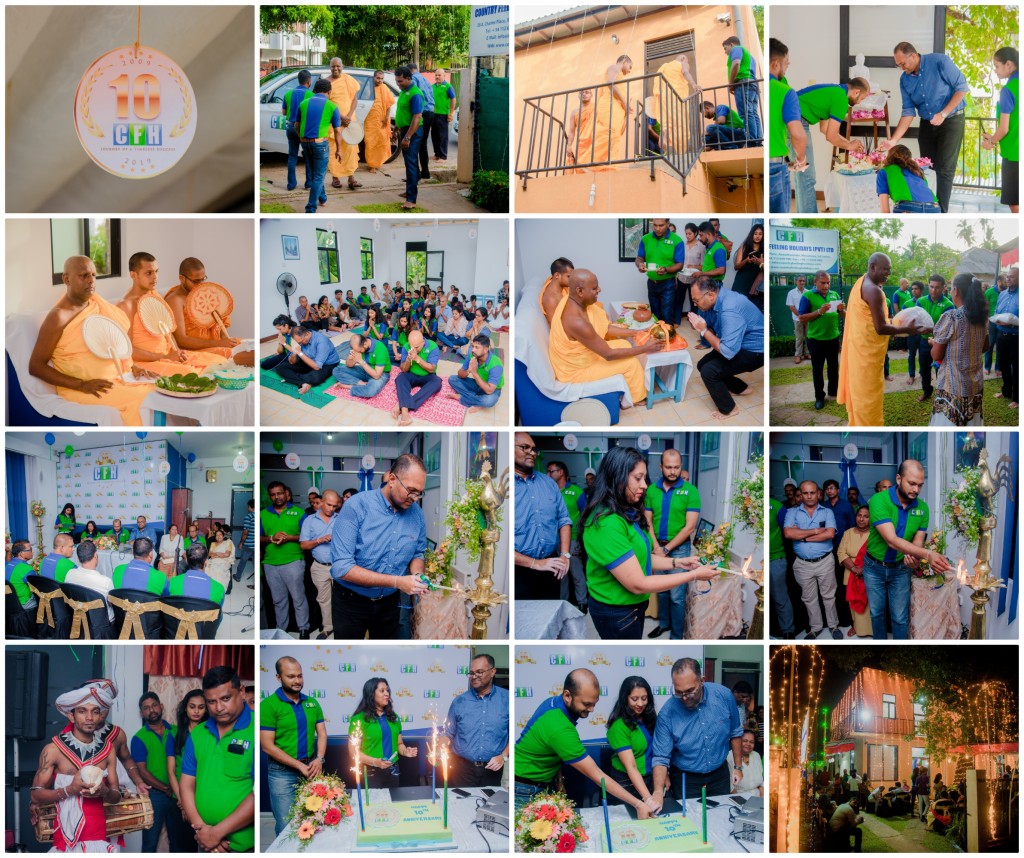 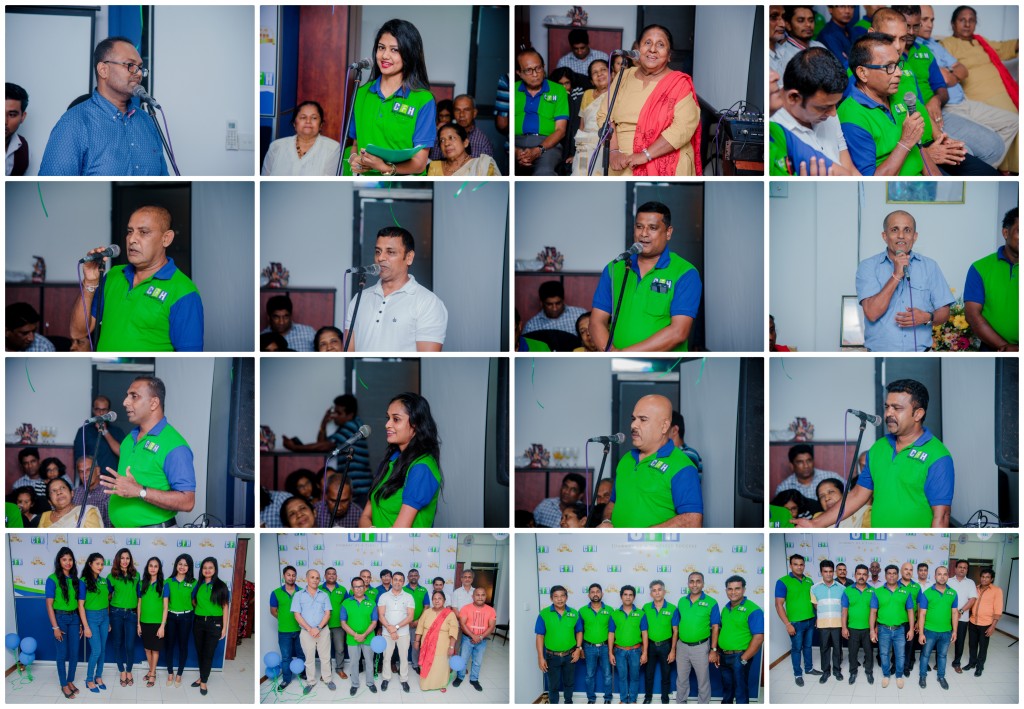 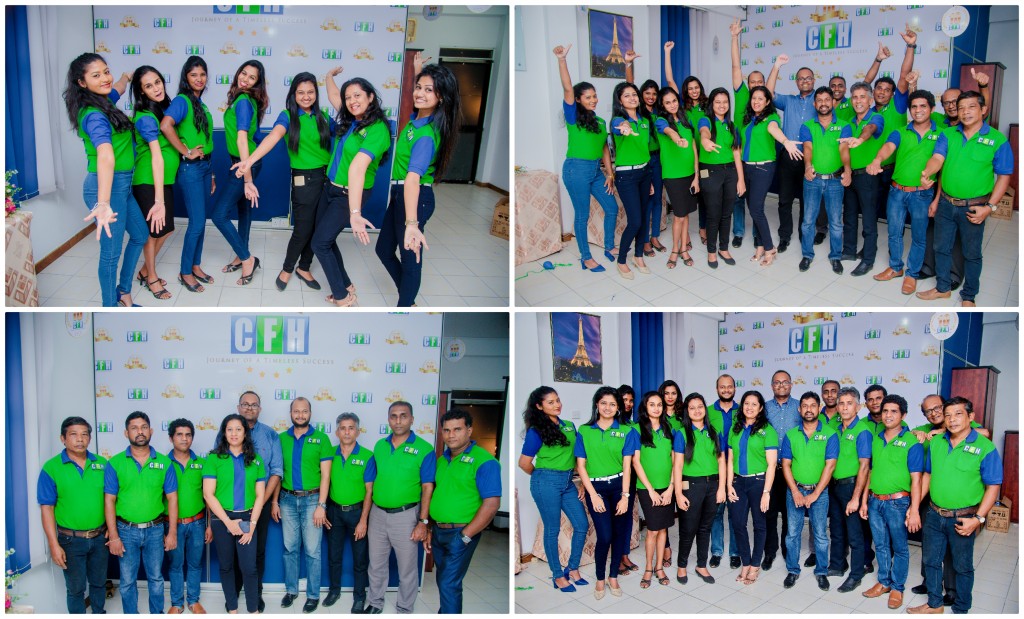 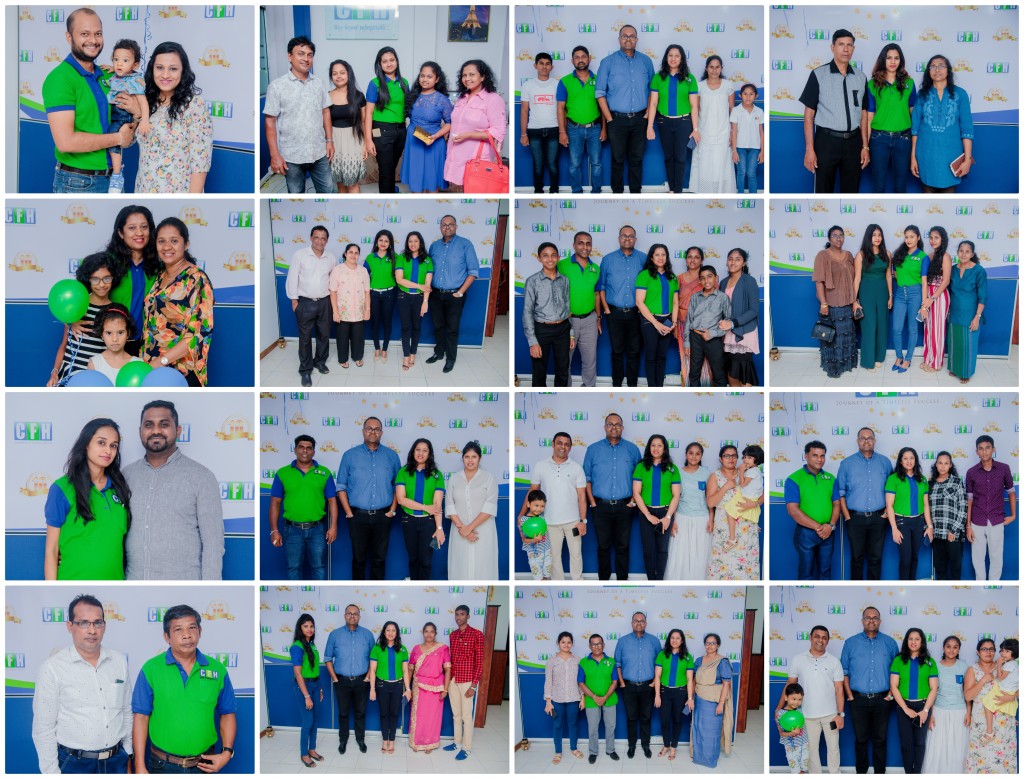 Country Feeling Holidays officially unveiled the 10th Year Anniversary Special Logo on 05th of Jul’18 which is valid during a period of 01 year during which special celebration activities are listed including numerous CSR projects.  The special logo & theme “Journey Of  A Timeless Success” signify the decade of meaningful journey in the industry.

At the same occasion, official agenda of the victorious 10th Anniversary year day that was planned for 07th of Jul’18 was also disclosed. CFH Management & Staff celebrated this beautiful moment in office premises with a delightful treat…

“MEANINGFUL & RESPONSIBLE TOURISM – RECOGNITION OF GREAT CONTRIBUTORS TO THE INDUSTRY “ 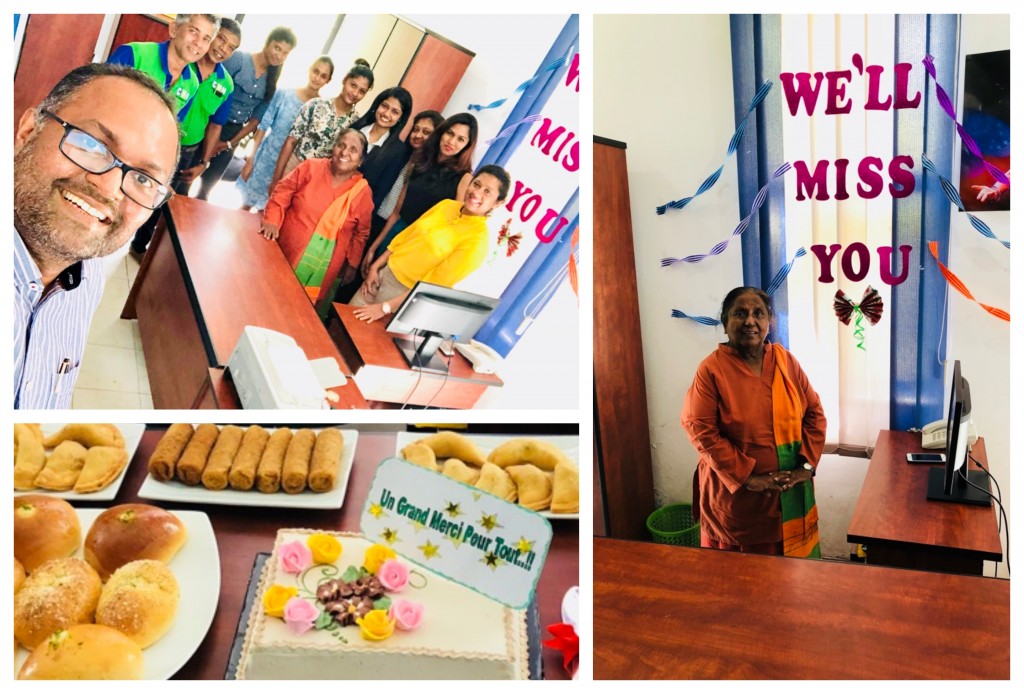 Board of Directors decided to honor her fantastic cooperation by presenting a medical scheme of Rs 5,000 per month for 2 years which will be a huge relief during her retirement.

Country Feeling Holidays always make every effort to deliver the greatest service to its’ customers as well as contribute to the industry at best of their capability with such missions recognizing great personalities. Throughout 10 years of successful journey, CFH has succeeded the industry with the top level of service while gaining and respecting the greatness of everything…

This is also as part of the 10th Year Anniversary Celebrations of the company & initiated through the project “Meaningful & Responsible Tourism”.

CFH Team getting into Christmas Spirits…. 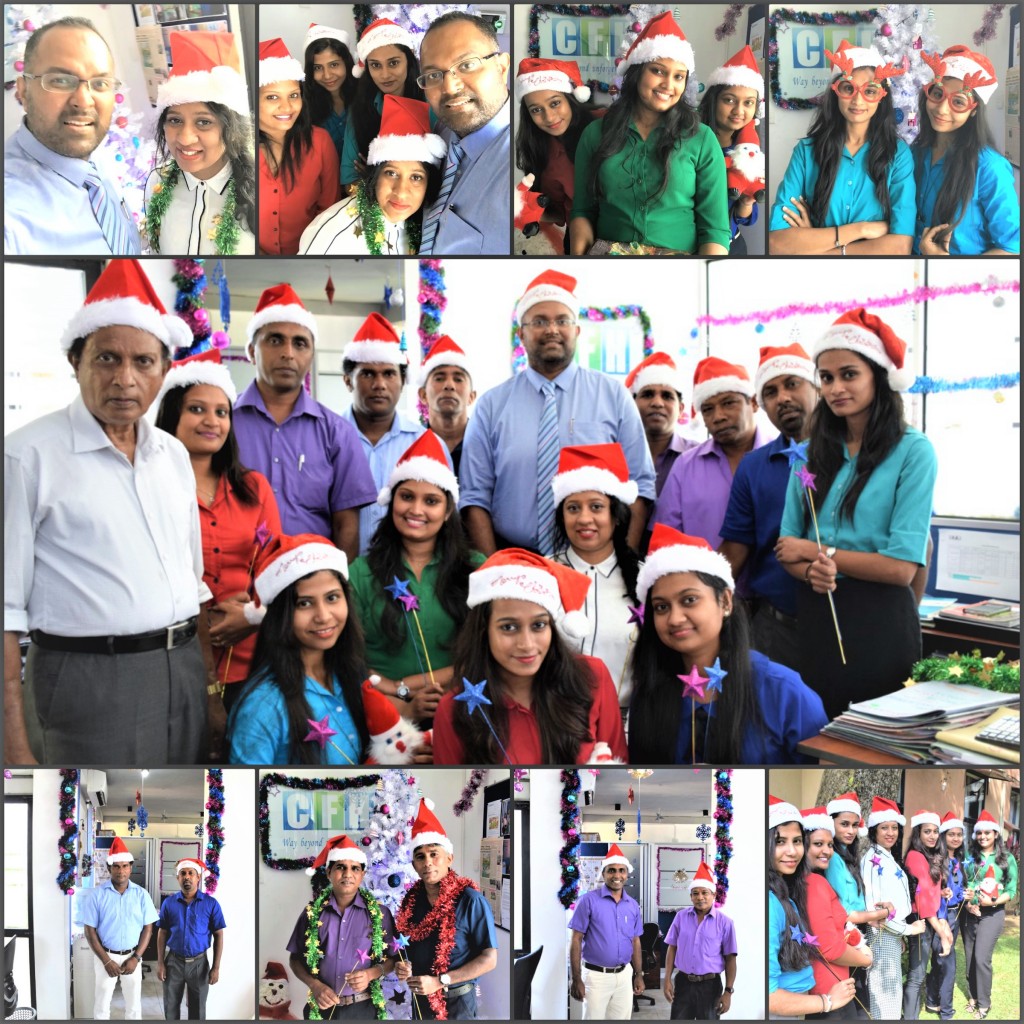 Wonderful Time of the Year……The Love for Christmas and Passion at CFH reflected through beautiful decorations…..! 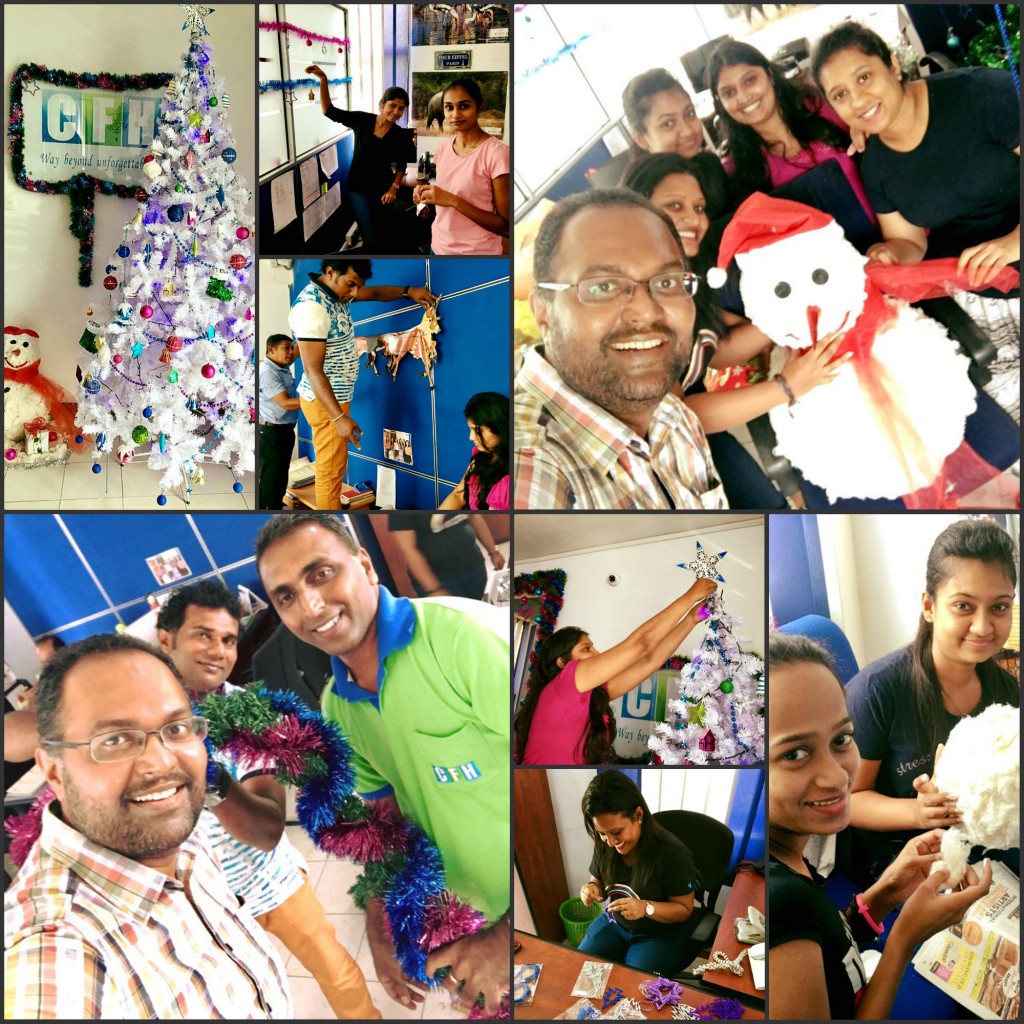 In 2016, Country Feeling Holidays celebrates 07 years of existence in the tourism industry as an inbound agent and they have initiated so many esteemed projects to celebrate this remarkable success. One of most respected projects was the “Excellence Awards 2016 for CFH Tour Guides” held on 29th of Oct’16 at their Moratuwa office with the presence of Managing Director & CEO Mr. Dilshan de Silva, Operations Director Mrs. Himalika de Silva & rest of the directors as well as staff.

On this day, they recognized the excellent services of 02 tour guides; Mr Ajith Premaratne & Mr. Dayaratne as well as Mr Arosha Wijesekara who is an escort, a professional tour guide to be. Selection was a very tough call since the organization has a very talented & professional team of French speaking tour guides working for them since years, however the decision was presented after many thorough analysis on their performances during 2013 to 2016. This ceremony appreciated the genuine hard work & added more value to their dedication as well as passion for the job. Mrs Amitha Dissanayake who is now enjoying her retirement, a pioneer in this profession, was also recognized during a function at a latter date for her extraordinary loyal contribution to the organization. Country Feeling Holidays mainly handles customers travelling from France with numerous well-established regular operations with a carefully selected team of guides & accompaniers.

It was a very unique mission appreciating the dedicated services of these individuals with a prestigious award & a cash prize of LKR 50,000 each. Mrs. Dissanayake was awarded with a special medical scheme of LKR 7,000 per month for a period of 12 months. CFH set the right example to the industry that tour guides play a vital role & the right individuals should be well taken care of honouring their professional efforts. Award ceremony concluded serving the invitees with a cocktail party that made the evening a wonderful moment of celebrations to everyone. 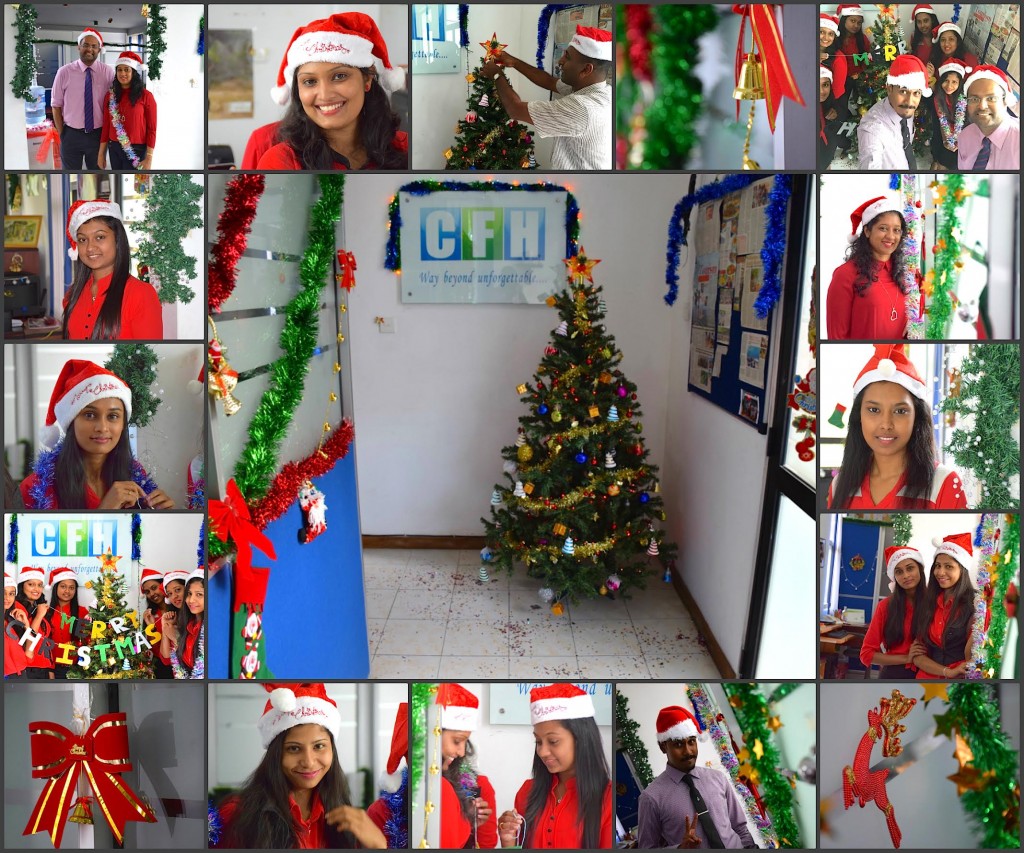 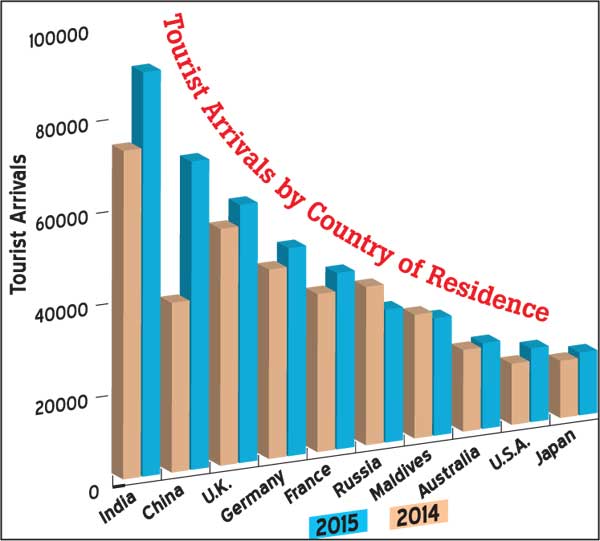 Tourist arrivals from Eastern Europe picked up for the first time this year by 7.7 percent yoy to 11, 675, probably signaling a reverse in the trend.

The political unrest in Russia and Ukraine, two key tourism source markets for Sri Lanka, has been hampering visitors from the region during the previous months.

Visitors from France however rose 7 percent yoy to 6, 386.

Arrivals from Canada and USA grew 11.7 percent yoy to 6, 160 and visitors from Australasia fell 9.3 percent to 5, 325 amid less tourists from Australia and New Zealand during the month. 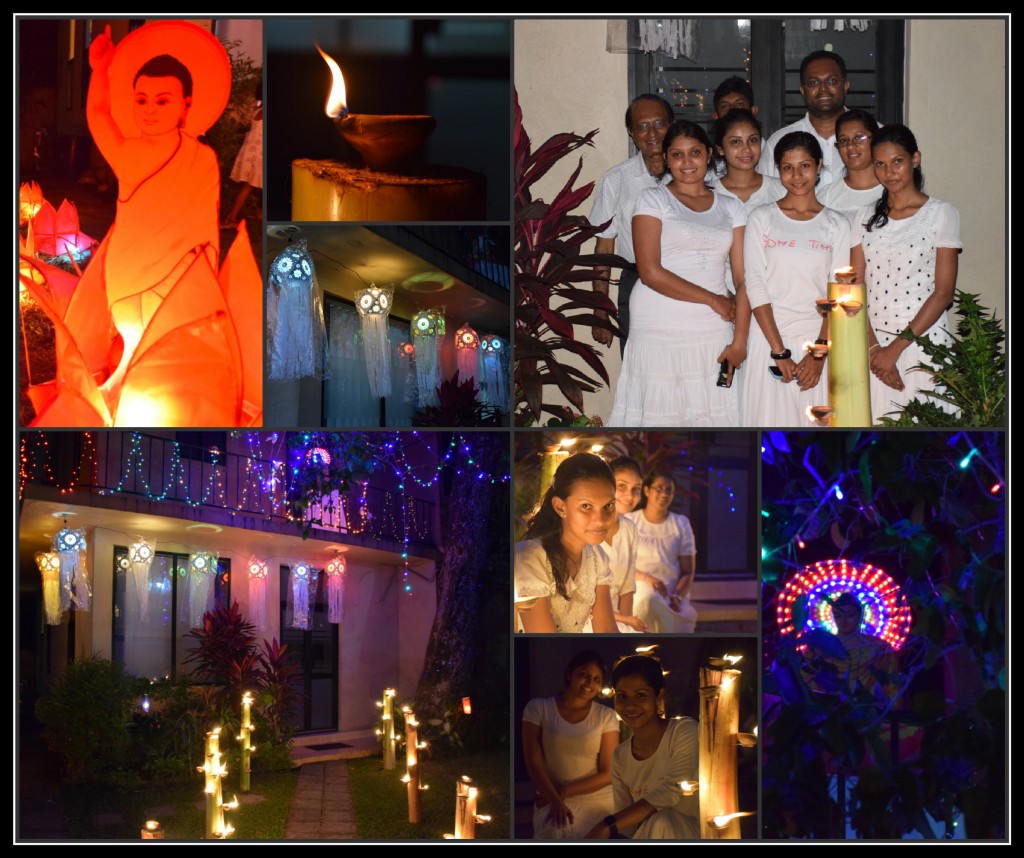 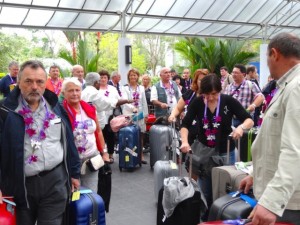