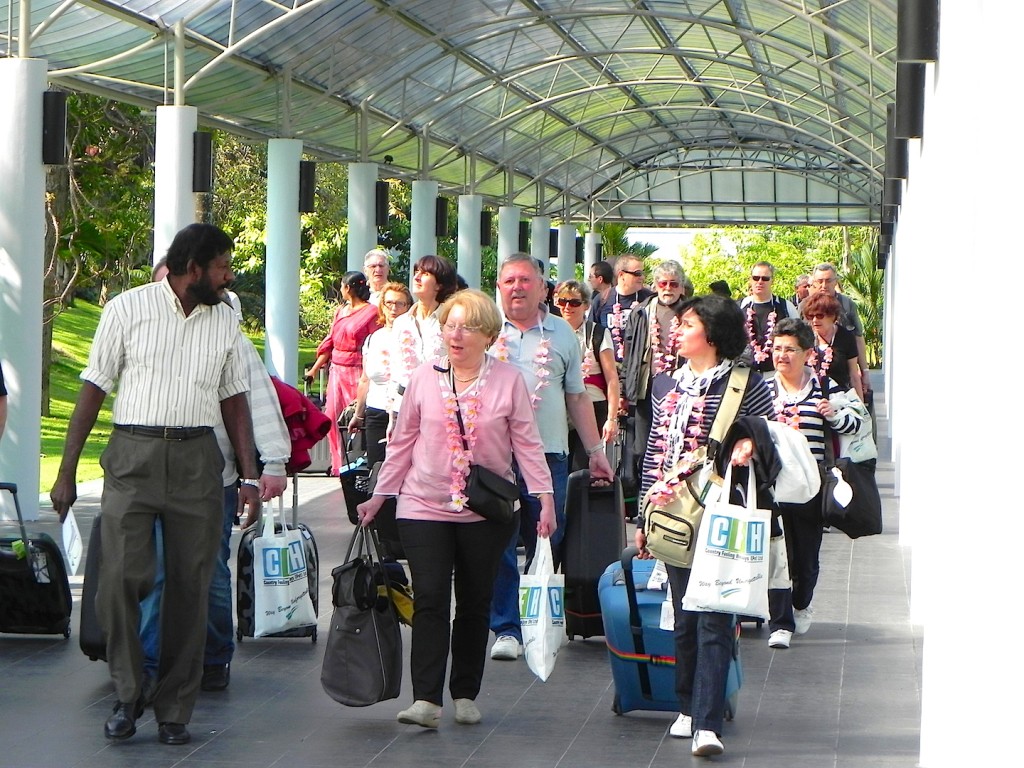 Sri Lanka received 146,575 tourists during the month of January (2014), up 32.6 percent from the corresponding month of the previous year, data released by the country’s tourism authority revealed.

Tourist arrivals from East Asia topped the list in terms of growth with a Year on Year (YoY) growth of 95.6 percent to 25,823 arrivals during the month under review from which 10,779 arrivals were from China, Hong Kong and Macau, Sri Lanka Tourism Development Authority (SLTDA) said. During the month in consideration, Sri Lanka witnessed an increase in arrivals from UK and German markets as well. Accordingly, arrivals from the UK grew 13.6 percent YoY to 12,896 while the German market showed an increase of 16.7 percent to 9,211.From the Eastern European region, Russia led the list with 10,700 arrivals during January up 91.6 percent from the previous year.

Arrivals from India grew marginally to 17,886 during the month under review up only 5.6 percent from a year earlier. The North American region, which includes Canada and the USA, showed an increase in arrivals from 5,644 in January, 2013 to 6,909 during January.Earlier in January, SLTDA said that Sri Lanka had received 1.27 million tourists during 2013, topping a 1.2 million target set for 2013 after changing the method of calculation.

Total tourist arrivals during December, 2013 stood at 153,918 up 25.9 percent from the previous year and the agency stated that statistical estimates for the year 2013 were prepared after validating the data received from the border control system of Department of Immigration and Emigration.

Sri Lanka Tourism follows a UN standard of defining a tourist as “a person who stays at least one night in a country and does not exceed his stay period for more than 12 months.”

However it is noteworthy that the tourism office had not released hotel occupancy numbers for the entirety of 2013.