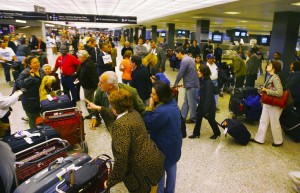 Tourist arrivals to Sri Lanka in the month of September rose 26.2 percent from a year ago to 89 761, Sri Lanka Tourism Development Authority statics showed. During the first nine months of 2013, the arrivals rose 15.5 percent Year-on-Year (YoY) to 801,210.

Indian visitors, Sri Lanka’s largest market grew by as much as 30 percent YoY to 18,048 in September.During the first nine months, India accounted for 131,589 tourists or 16 percent of the total arrivals.

Tourist arrivals from United Kingdom (UK) and Germany-two leading traditional markets accounted 11 percent and 7 percent of the total arrivals respectively, being among the top ten markets for Sri Lanka.Visitors from Maldives roses 34.5 percent YoY to 4,977 and arrivals from the South Asian region were up 31.8 percent YoY to 195,195.

Although Chinese arrivals increased by as much as 81.2 percent YoY the 4,847 arrivals in September were very insignificant given the magnitude of the China’s outbound tourism market.Meanwhile in September, 9,070 British nationals arrived in Sri Lanka recording a mild 5.6 percent increase YoY with 6,732 Germans arriving, an increase of 36.2 percent YoY.